The People Behind The Adventure 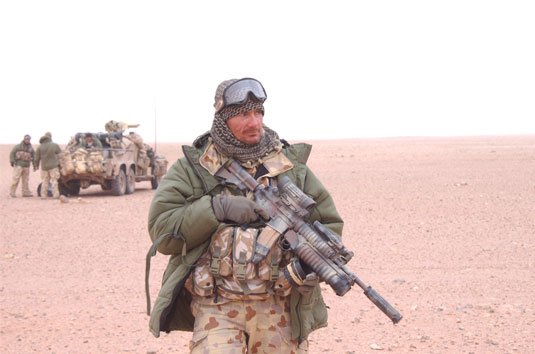 Mick has a distinguished military background having served multiple decades in the Australian Regular Army and Army Reserve as well as service in the British Army. During his career Mick passed both the British SAS and Australian SAS selection courses. He saw operational service in a number of theatres during his time with the SAS to include the Sydney Olympic Games, East Timor, Solomon Islands, Iraq and Afghanistan and has been awarded commendations for leadership in combat and gallantry. The majority of his career was spent in command and leadership roles to include SAS Patrol Commander and Team Leader. 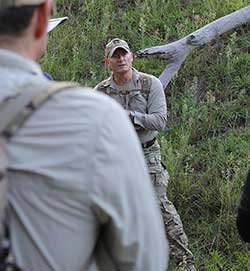 Mick continues to serve in Special Operations Command in a reserve capacity. He holds a Bachelor of Science, post graduate studies in counter-terrorism and is currently undertaking an MBA. For the past decade Mick has achieved considerable success in the corporate and commercial arena to include Regional Security Director, Middle East, Africa, Central Asia, for a large US telecommunications company with responsibility for 68 countries including Iraq and Afghanistan. He has also advised CNN, Fox News, Al Jazeera and the ABC on security, life safety and risk management in particular in hostile and post conflict environments.

During 2005 Mick assisted in the successful conduct of both the Iraqi and Afghan general elections and spent time with the United Nations as the Regional Security Officer, Central Region, Afghanistan. Mick successfully led kidnap and ransom negotiations in Iraq resulting in the safe release of the hostage. He was also responsible for establishing several highly successful bespoke overseas start-up projects in challenging and resource constrained environments. Mick personally led several country evacuations in the Middle East during the early stages of the 2011 ‘Arab Spring’ regional upheavals.

Mick is an avid outdoor enthusiast and adventurer who regularly participates in, organises and runs ultra-marathons and endurance events to include a 1,602km and a 1,300km charity walk and two ascents of Mount Kilimanjaro with his two teenage children. Recently he planned and led a re-enactment of one of the most daring commando raids in military history on its 75th anniversary – Operation Jaywick, the Z Special Unit raid on Singapore Harbour.

Mick also spent several years as the voluntary Chief Operating Officer for the Wandering Warriors charity which provides assistance to wounded service personnel, veterans and Defence families in need. Mick is the co-founder and Chief Adventure Officer of The Adventure Group, an outdoor adventure and extreme leadership company with an edge.

Mick is the co-founder and Chief Adventure Officer of The Adventure Group. 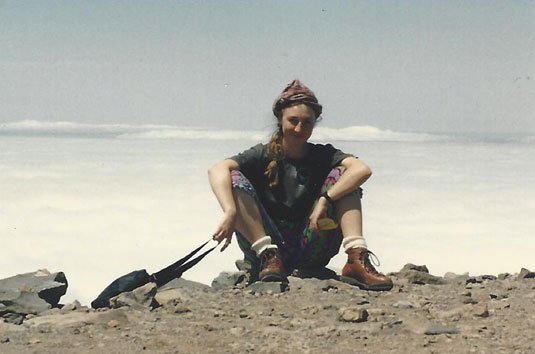 Nicole brings a (strong) woman’s touch to The Adventure Group.

An international solo traveller from an early age, Nicole has visited some 25 countries in her extensive journeys including the mountainous Madeira Islands in the Atlantic Ocean.

In addition to her military service Nicole trained as a nurse and teacher and has taught and tutored in some interesting and diverse locations from Mauritius to the Middle East.

Marrying and moving from her native UK to Australia she raised two children almost singlehandedly while her husband was away on deployment with the SAS, for nine months each year, not knowing when (or if) the family would see him again. 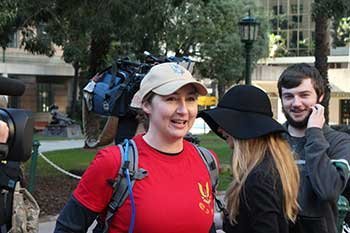 Her professional and personal life have taught Nicole the depth of her courage, resilience and inner strength.

Today she helps business professionals and entrepreneurs build resilience and realise their personal potential. Helping them to achieve emotional and mental stability during challenging times in business and life.

Nicole is active in the charity space and has walked hundreds of kilometres in support of veteran welfare and defence families in need. Nicole has been known to climb both urban and natural structures when least expected. She is also an avid qualified abseiler.

She is the co-founder and Chief Exploration Officer of The Adventure Group.

The Adventure Group (TAG International) is a Special Forces inspired adventure, extreme leadership development and team building, company that has been almost three decades in the making.

The founders have always enjoyed an adventure and embracing challenge – from a solo expedition in the cane fields of remote Queensland as five year olds to the mountains of Madeira and the deserts of Western Iraq, there have been no shortage of adventures over the years.

Helping people to achieve personal and professional excellence is a core component of the experiences at The Adventure Group. We don’t do mediocre.

We believe in making life more exciting and adventurous.

It is a one-way journey so seize the opportunity and embrace the challenge for tomorrow may be too late.

In a world that is becoming increasingly sedentary, complex and risk adverse there is a growing desire and demand for experiences that not only provide enjoyment and fulfilment but challenge and inspiration; ones that become inextricably part of life’s journey.

We will take you on that journey! A journey like no other!

This is our raison d’etre!

Life is an adventure

The relentless pursuit of excellence

WHAT OUR ADVENTURERS SAY